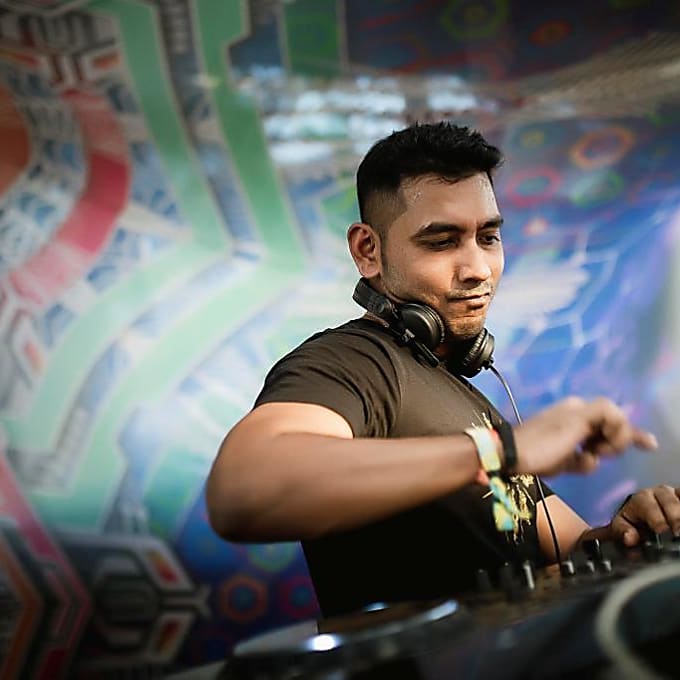 Hailing from Kolkata, India, V Society is quickly becoming recognized as a force to be reckoned with in the psychedelic world.

Vishal Sinha aka V Society has been playing all around Asia and Europe , Currently signed up with a top Indian label Digital Om Productions, V Society music is praised for its driving and uplifting melodies, intensive dedication to detail and quality, and a plurality of innovative soundscapes.

Recently having produced his first solo EP The Creator and well received single with Relativ Beyond Reality,& a collab Ep with Relativ called Enigma all featured on Beatport Top Tracks for over 6 weeks and his first compilation CD Universal Religion 2 The Awakening regarded as one of the most successful intelligently charted release still roaring high on success filled full with inspiration.His style is best described as a dynamic mix of fresh melodic and driving psytrance.

V Society who has already performed for some of the best festival , around the world such as Universal Religion,Nepal, Hilltop Festival,Goa, Indigo Generation, Portugal, World music Festival, India The Experience Festival,Thailand, Freedom festival, Portugal and many more