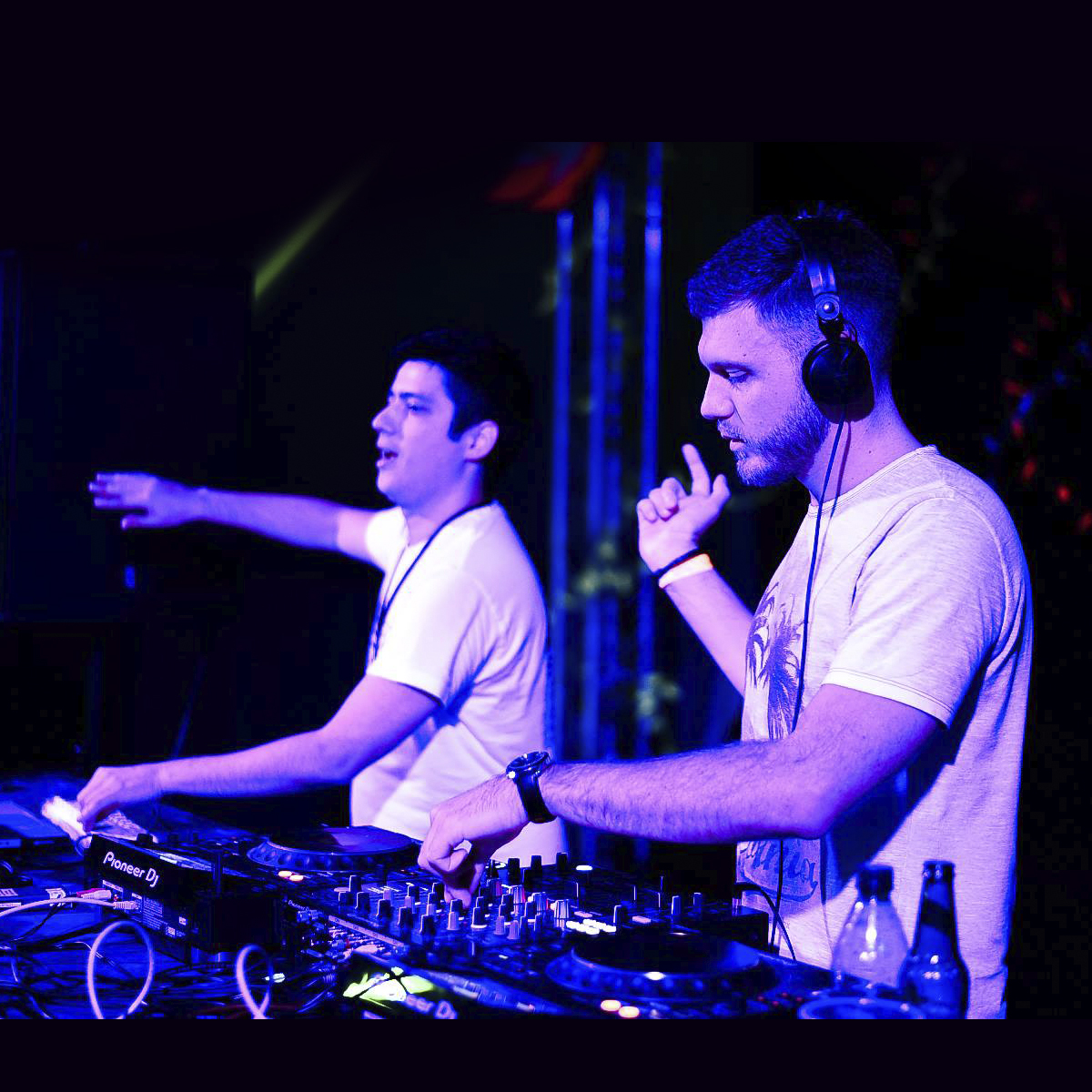 «Sideform – TesseracTstudio
The first decade of the 21st century draws to an end when the small state of
Serbia all of a sudden turns into a sizzling hotspot of the Trance scene. Among
the major reasons being Sideform: Drasko Radovanovic and Milos Modrinic
from Belgrade give an exciting new spin to Progressive Trance, breaking truly
new grounds in terms of sound. A change many lovers of the genre have been
waiting for eagerly, as the considerable international success of their project
proves!

When listening to Sideform, one of the most prominent features is the sheer quality and acoustic pressure of their productions. For a good reason: Drasko and Milos meet during a professional audio engineer training in 2006. Both being avid about studio technology and Trance music, they start working together. Already their first EPs provide extremely catchy, fresh and kicking tunes and Sideform enters the upper league and is invited to play at some of the most popular festival and parties all around the world. The debut album ‘Moving On’ gains great feedback in 2011. As turns out, it is named after the creative paradigm of Sideform… In 2014, the duo joins the legendary Iboga Records, where they have continued their journey and prolific productions. A regular member of the top 10 charts on Beatport and other relevant stores, Sideform is showing no signs of stopping. Folowing that path, they are releasing their 2nd studio album «»Momentum»» in February 2016. They have upgraded and redesigned their dance floor sound and the release is already been highly acclaimed.

The live sets of Drasko and Milos put their audience in a rousing state of tension
between Progressive Trance and Psytrance. Fuelled by two creative minds and
their different, yet complementary ideas, this is another main feature of Sideform: A sound that is unpredictable, full of stimulating surprises, but at the same time highly consistent and smooth.The testament to that is parties and festivals they played on all four corners of the earth. Join them for an unforgettable journey!»