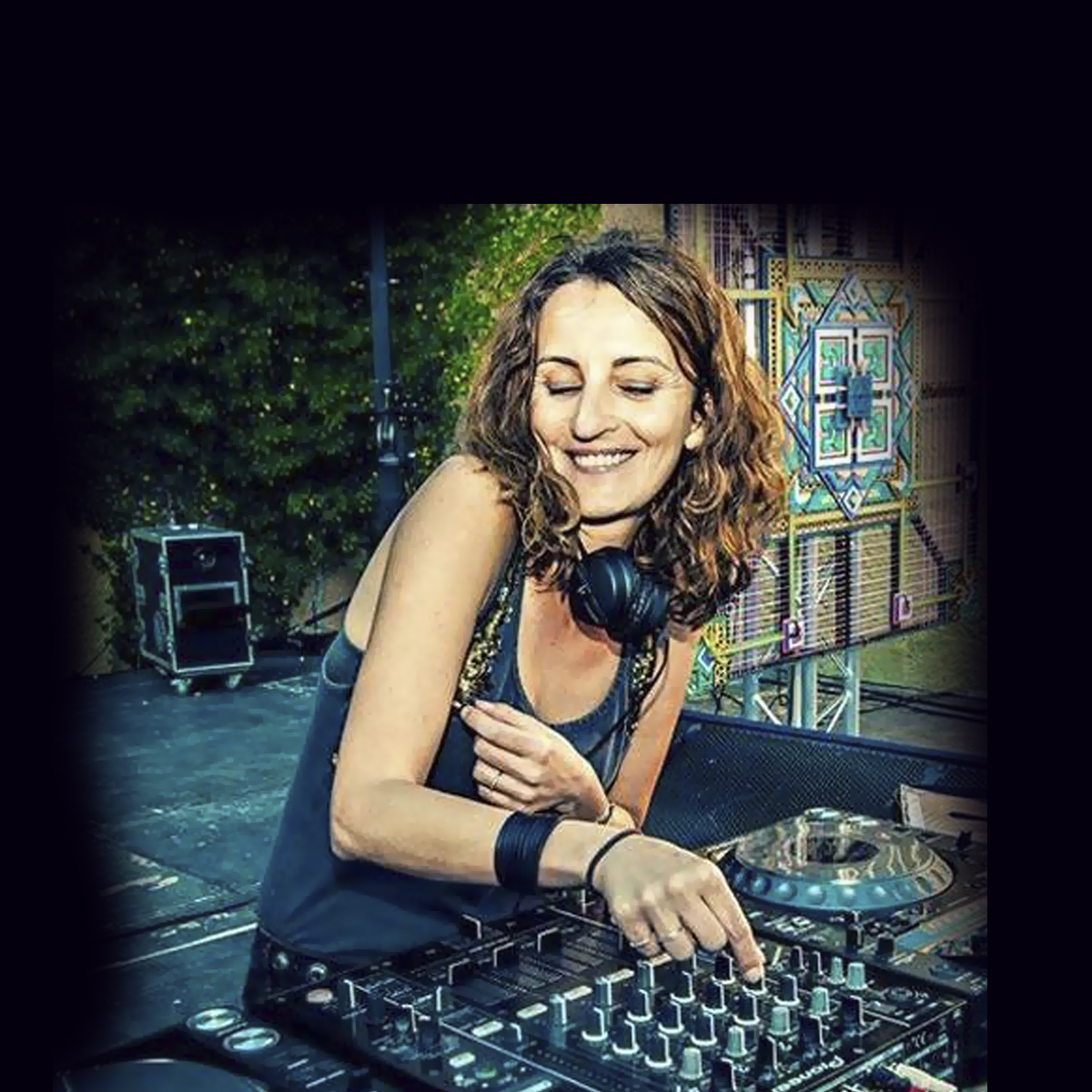 “In the mid-1990’s, Rise lived in Paris and bathed in urban culture. She recorded music from Radio Nova and FG, frequented the legendary Palace, Pulp or “l’Hôpital Ephémère “”. Her musical preferences were trip hop, hip hop and house music. In the year 2000 she discovered underground electro parties and psychedelic culture; its music, art and spirituality. During underground parties in unusual places, she made unforgettable encounters and fed off the sounds of techno, goa and psytrance and celebrated tribal and electric dances. Posted behind the Dj’s, she carefully observed their mixing techniques and her curiosity for their craft and tools of the trade became insatiable. The day came when she was offered by her friends her most precious of gifts: CD decks, a mixing desk and speakers. Her new mission was clear: become a Dj. She seized the decks in 2006 and quickly took to the Progressive sounds influenced by labels such as Iboga Records, Echoes Records and Iono Records.
With her vibes, track selection and attention to detail, she has since been invited to play in Clubs as well as rave parties and festivals in France and all over the globe. She has shared the stage with famous legends of the genre such as Liquid Soul, Astrix, Vini Vici, Ajja, Perfect Stranger, Juno Reactor and many others.
Inspired by a variety of influences, her universe of sound is vast, sensual and atmospheric; her ”beats”: incisive, progressive, dynamic and always groovy!  In 2012, she joined Oreades Productions.
In 2015 she integrated Trancinetik.”