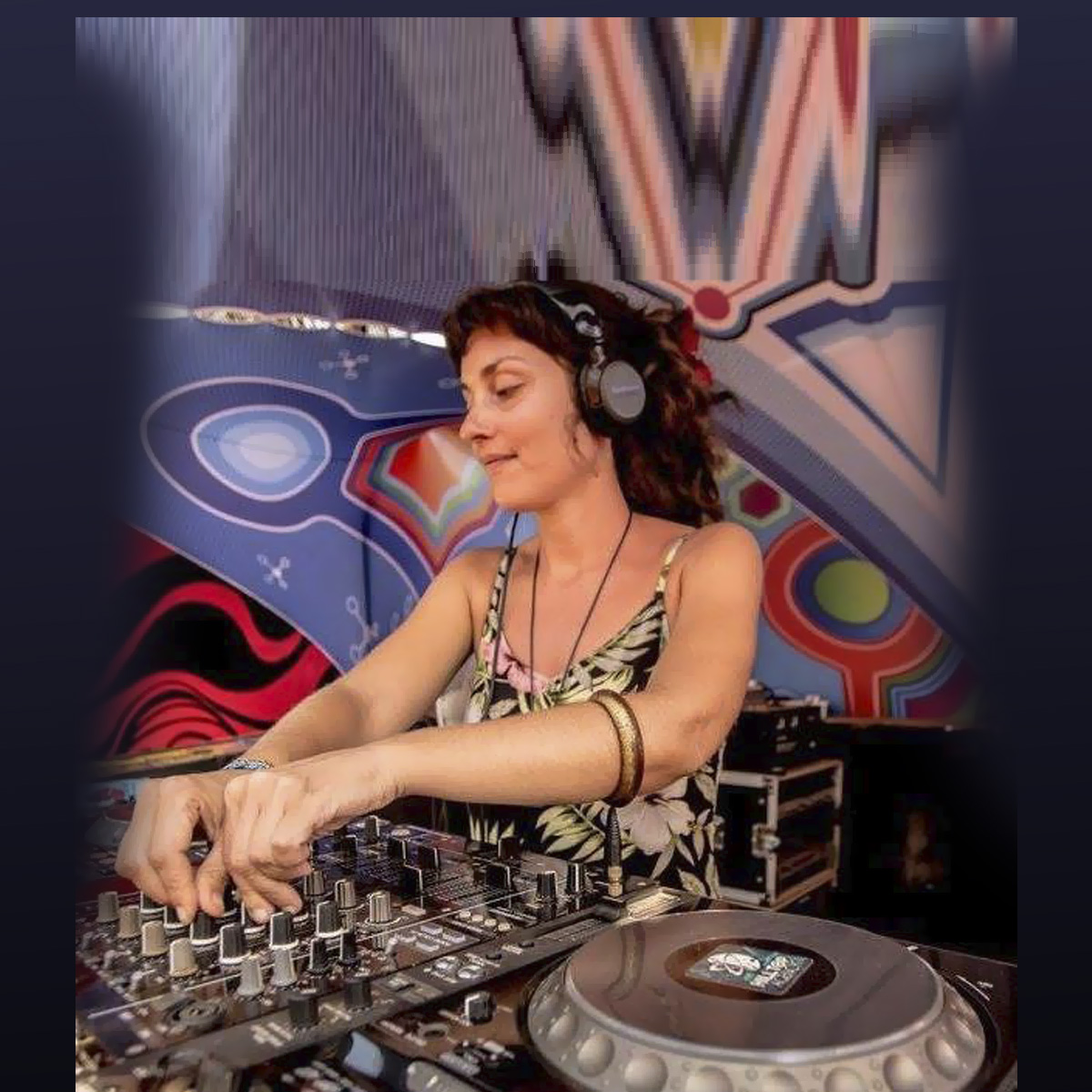 “Francesca a.k.a Psykia, is an eclectic DJ and Producer from the underground music scene, she studied violin throughout her adolescence and got a diploma in Electronic Music Production in 2004. After spending few months in Goa in 2008 she began her journey as DJ exploring all the nuances of forest/dark/psytrance but also progressive, techno and chillout.
Psykia has been djing around the world for many years now, she has also started making her own sounds lately and realeased tracks for killer labels such as Lycantrop Rec., Banyan Rec. and Forestdelic Records. She is currently based in London but she never stops travelling all over the world and playing at major parties and festivals alongside the biggest names on the international psy-trance scene, she played at Universo Paralello Festival (Brasil), Tribal Gathering (Panama), Modem Festival (Croatia), Lost Theory Festival and Kalimela Festival (Spain), Atman Festival (Sri Lanka), Vantara Vichitra Gathering (Goa), Forest Star Festival (Sweden), Masters of Puppets (Czech Rep.) and many more. In 2014 she was asked to join Vantara Vichitra Records (India) and that marked a big turning point on her career, in March 2015 she joined Milega Records (Japan) and in 2016 she also joined Banyan Records, one of the best dark/forest labels in Europe”