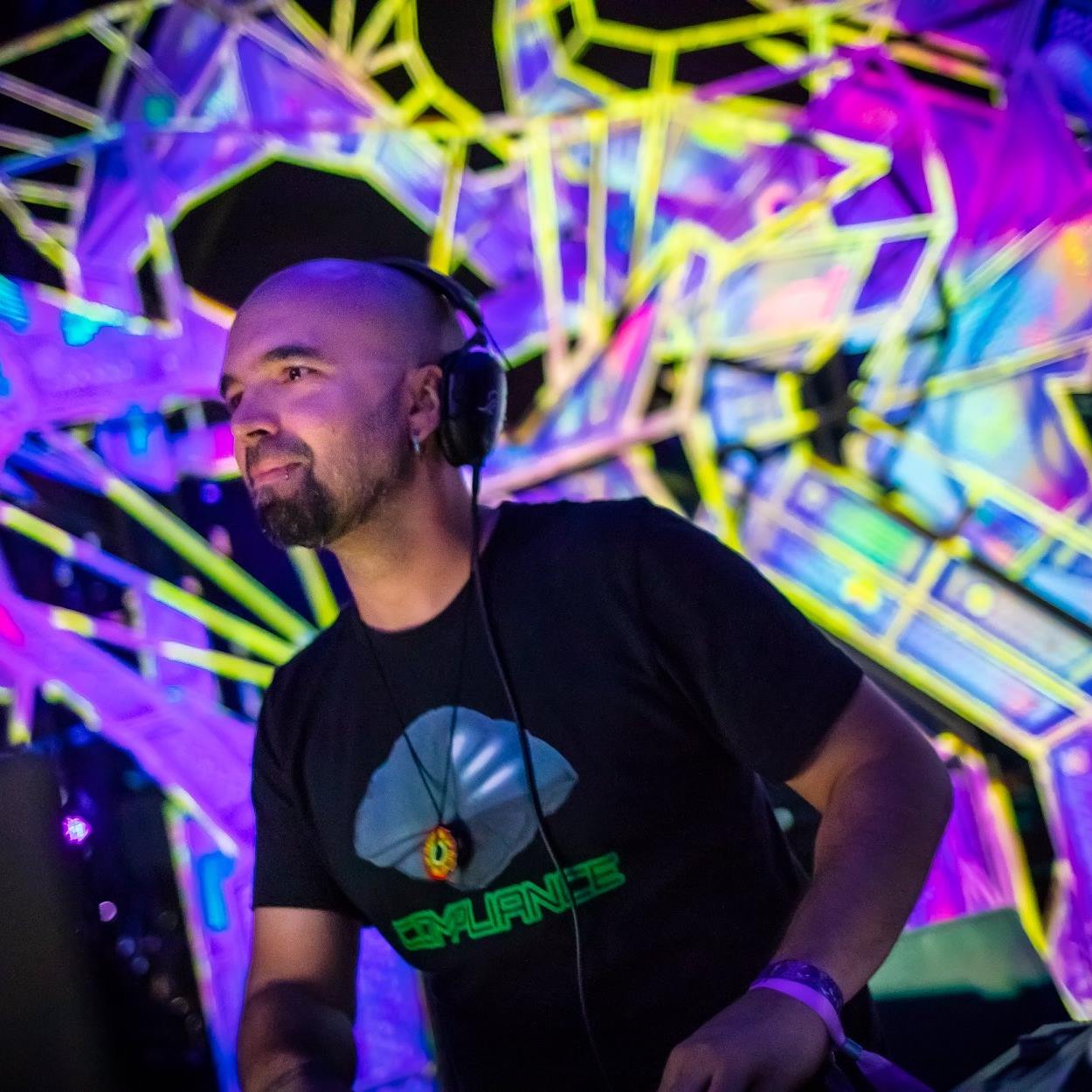 Ninesense is a Psytrance project by Nuno Cabral, raised in the Azores Islands. He started developing an early taste for psychedelic music after receiving a Goa cassette tape as a gift from a friend, and he soon realized how powerful and live changing it can be. The passion as listener turned into several years of focus and dedication, and eventually into an intensive research about Mixing and Producing techniques. Nuno’s first project, Manipulation, fascinated many people on the scene because of it’s innovative sound and energetic production on his releases. Among them, Manipulation best fostered a stable collaboration with Kinematic Records and Zero 1 Music. In 2015, Nuno refreshed his project, changed the name Ninesense, and in 2016 partnered with Blacklite Records’ crew where his debut Album, “Spectrum” was released in April 2016 and was surfing the top of the charts for weeks. His music is always intended to lead the listener in a full sensorial journey. – 5 senses aren’t enough. Ninesense’s music isn’t restricted to any style. It can go from daytime Psychedelic to night-time Forest Psy Trance. It’s music without limits and guided by the imagination of the listener. You may have heard his sound in many countries of the world in North and Central America, Europe, Asia and Australia. In 2017 Nuno created Reversible Records and now the plan for the future is to expand the music to other planets.