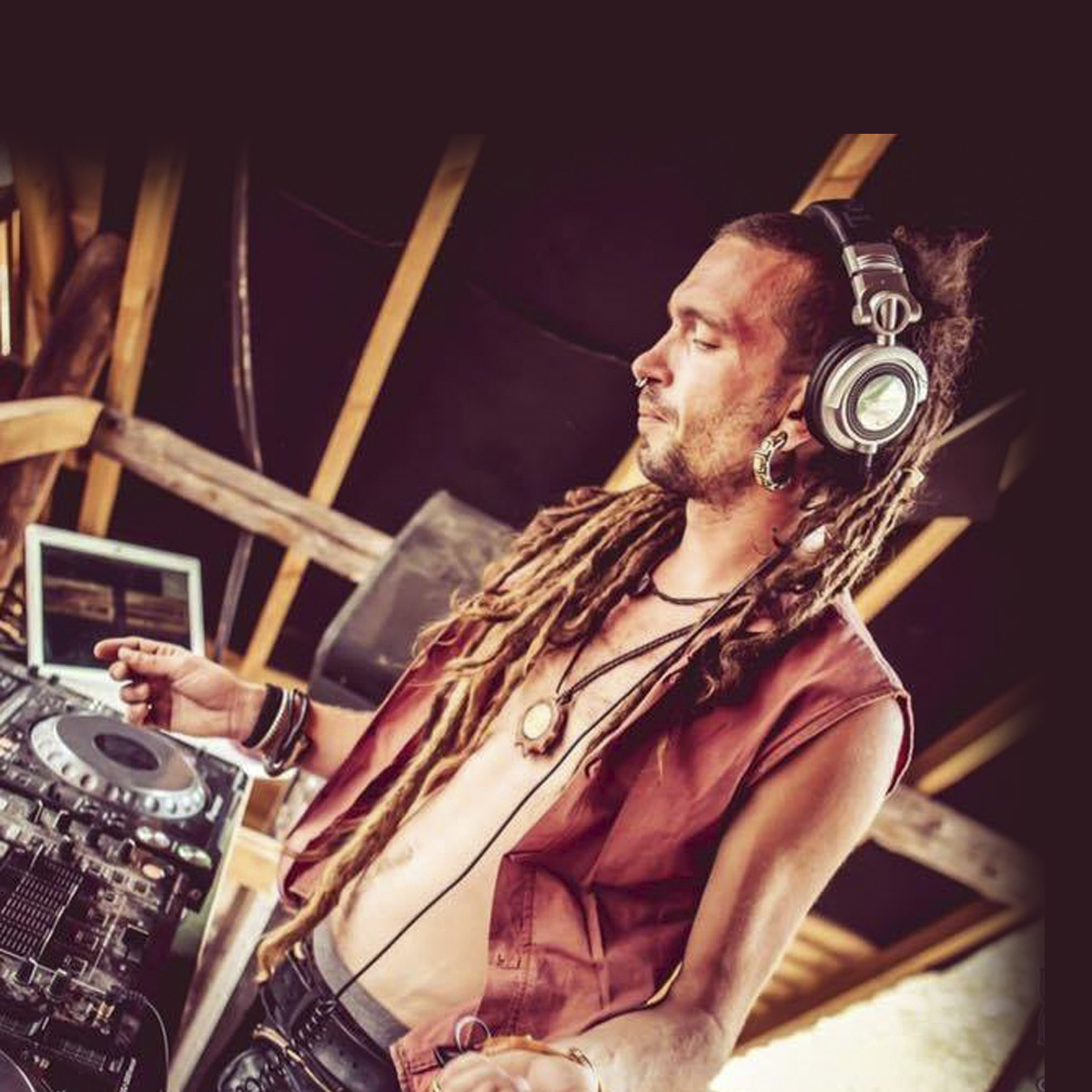 “Naan is a young musician based London.
He started making music as percussionist at the age of 13, studying many kinds of tribal and sacred rhythms from ancient parts of the world.
His perspective of reality changed when he discovered psychedelic gatherings, a way to expand collective consciousness through tribal rituals and re-generating music. So Naan started contributing to the scene with his mixes and with his own musical creations.
Today he performs around the world from chillout to psytrance, from autoproductions to live band exhibitions. His style mixes tribal rhythms and organic tunes, ethnic instruments and cutting edge synthesizers with deep full basses to give enjoyment with love. He’s also part of Malatucada, a batucada street band, Pendola Ensemble, a percussion based street band and FlagFire, a juggling company where he is involved as musician/juggler. Lately he’s been involved in Urban Shaman Movement, a collective of artists performing shamanic drumming, singing and playing for shamanic trance dance. He plays around the world as hang and didjeridoo player as well. Naan met Heidi Joubert: they made a video together as a duet, and this video has sparked some amazing interest with the online youtube community. They had long wanted to get together to make another video and record an album, but Giovanni was travelling and Heidi was also busy with multiple projects at that stage. About one year after they filmed their first duet video together, they got the opportunity to get together for another jam when Giovanni was in London for a day, and this is the day we filmed the latest cajon and hang video. The project has been called “”HangBox””. “