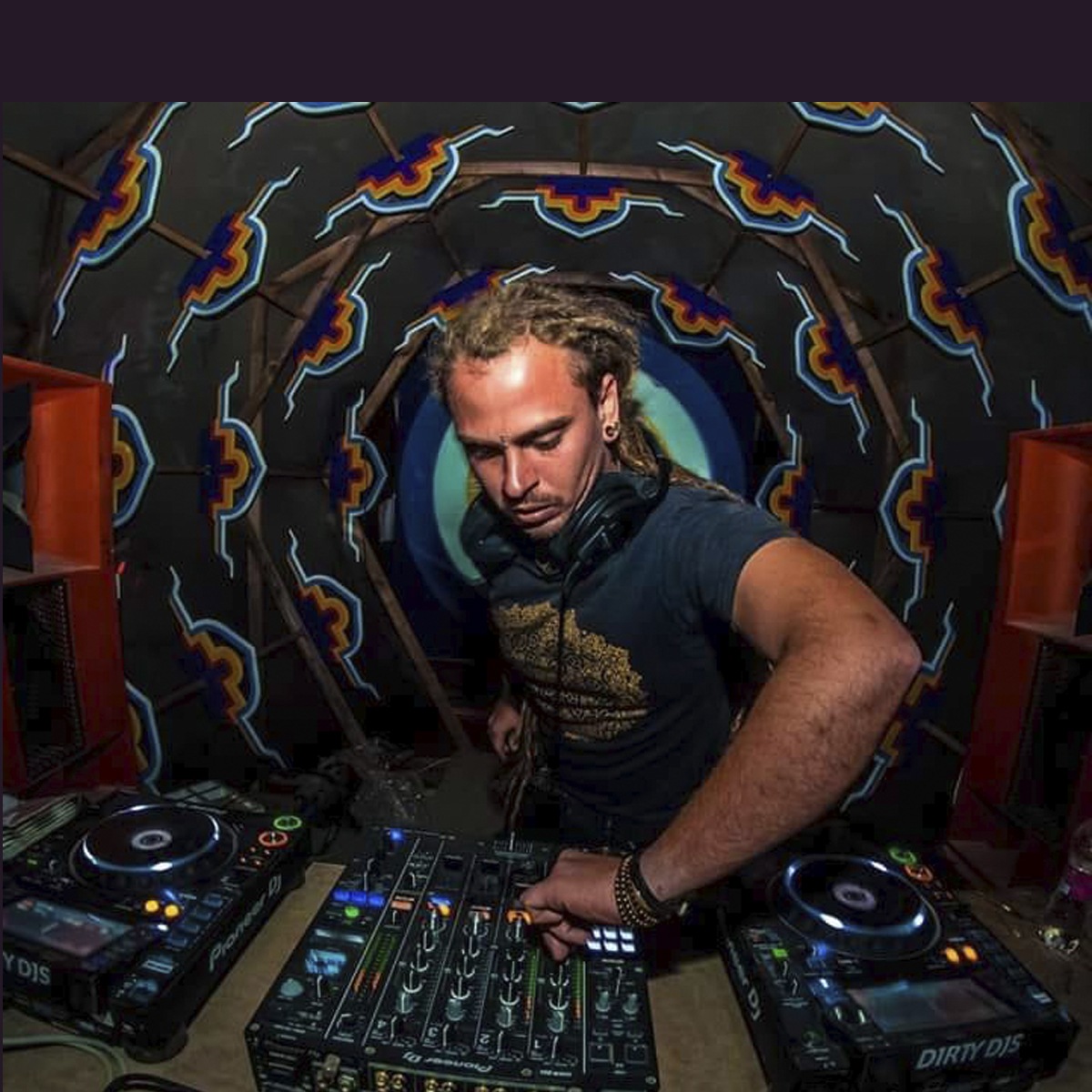 “Jurij B. aka “” KENON””, at the age of 12 , influenced by psychedelic rock , metal and hard rock starts to break into the music world, he attended guitar lessons and later , as an autodidact , percussion instruments like djembe and bongos .In 2004 he discovered the world of underground electronic music , and was immediately fascinated by the events with in this movement and by the tribal situation.In 2008 he founded the T.T.M. ( TranceTravellingMachine ) , and started organizing events in Tuscany Area .At the end of 2009, with the idea that unity is strength ,he joins the other crews in Tuscany to evolve the “”EVOLUTION FAMILY”” , this union made possible the realization of major events in the national area and the relization of HUMAN EVOLUTION FESTIVAL, in 2014 he becomes a member of GREEN TREE rec. as label dj. In 2015 he create his first compilation “”HUMAN EVOLUTION””.Beginning in 2016 he founded the “”INDACO TRIBE””.He Psytrance dj sets are very clean and full of energy, it warms up with a pressing groove and acid and cybernetic sounds, surrounded by hypnotic atmospheres.
It is perfect , with in an event , to pass from a nocturnal sound to a daily one,”