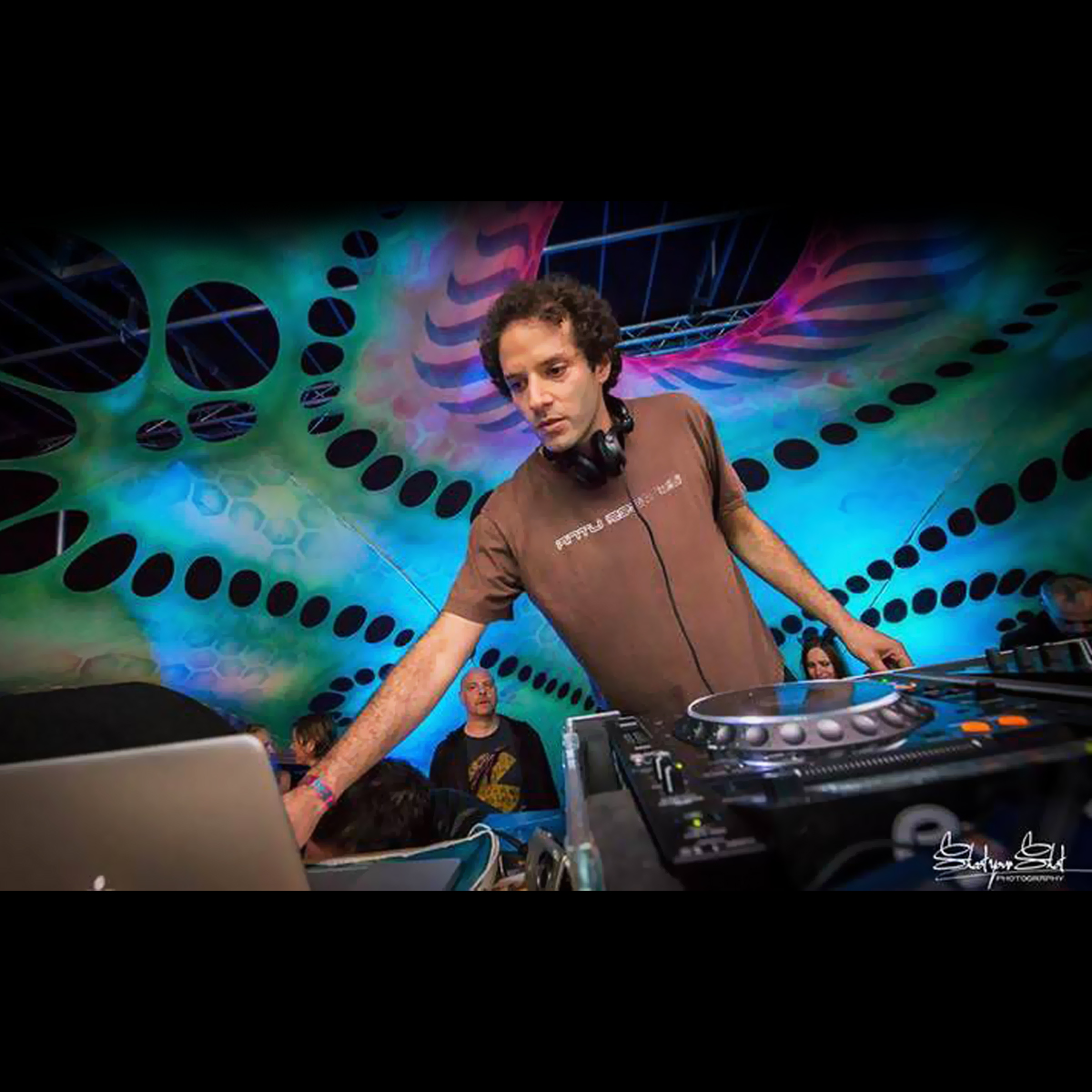 “ITAL, musician of chilean origin, sound engineer, label manager of Antu Records Chile, producer of Psytrance music and dj, has been in contact for more than 14 years in the musical world, starting his carrier like a guitar player, going through several styles of popular music, until he arrived to his true passion: Psychedelic trance music. He started the year 2001 with his friend Andrés Rodillo with who he got involved into the production of Psytrance electronic music, forming one of the pioneering projects of the local scene: “Metatron”. In the beginning, experimenting with samplers, synthetizers and audio softwares allowed them to introduce themselves in the national electronic world, playing live and with great success in different places of the country.
“