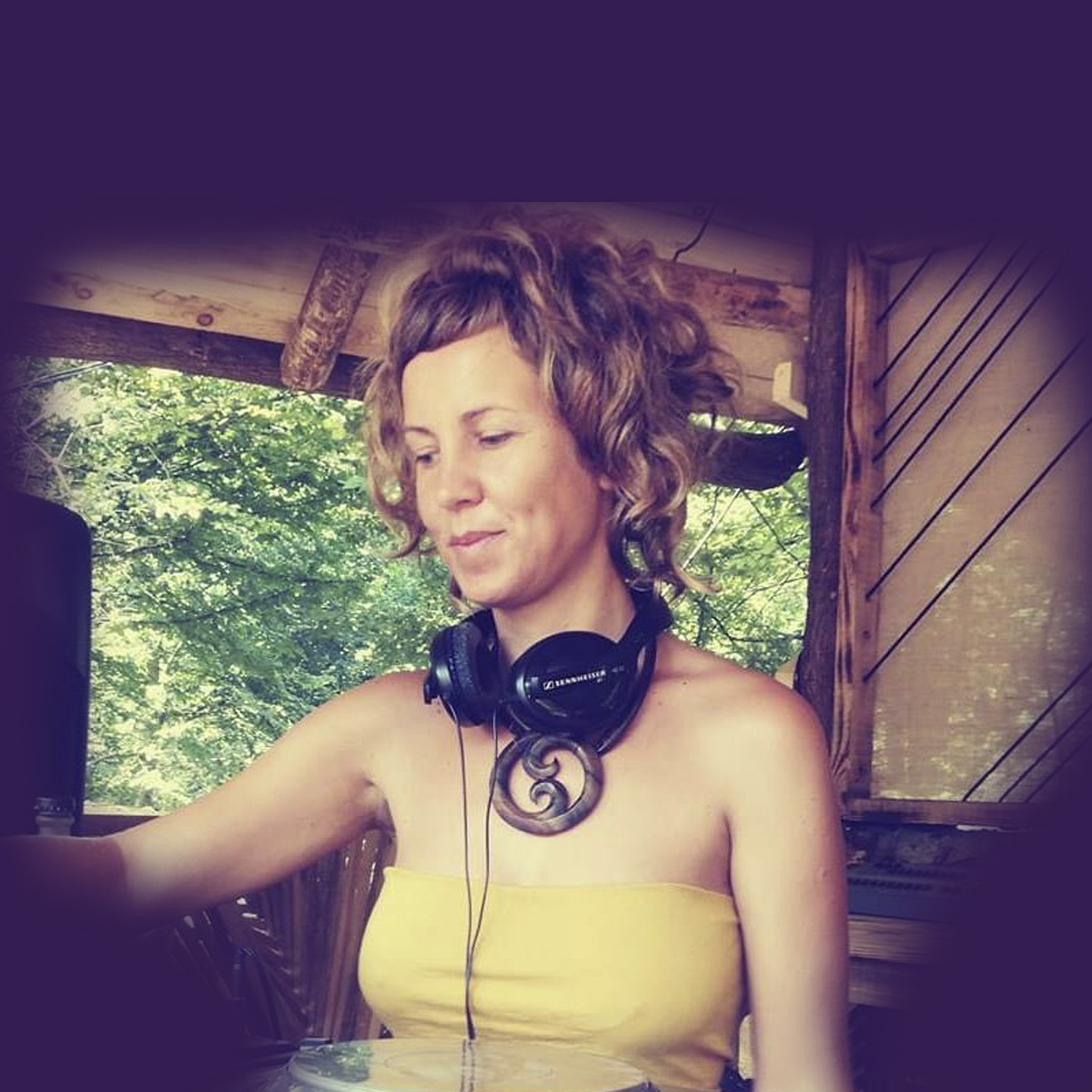 «Indra is a DJane and Ecstatic dance Croatia founder, active in music for more then 15 years. She plays at various events promoting alternative/psy culture as well as at the international radio stations. Today she is resident at Mo:Dem, one of the best underground psychedelic festivals in Europe and line up adviser for many festivals and events.
Indra’s first serious excursion into world of music was 2002. when she edited music program and hosted the radio project «»Baraka»», world music show. As a part of DJ’s and promoters gathered around the Baraka Collective, she organized and acted at various ethnic-world, dub, downbeat events. From 2002. she started playing psychill. She is one of the residents and organizers of Chillibar events, most popular psychill events in Croatia.
In November 2014. she compiled VA Forest Garden, including her favorite artists, most of them also involved in gardening and natural way of living. The compilation symbolizes life cycle, transformation of the mankind and the Earth. It is a call for a waking up and going back to the roots values and sustainable way of living. In 2019. her second compilation «»Spiral Roots»» was released, bringing us on a path of organic bridge created between the roots of the Earth and our existence.

Indra’s sound is a fusion of floating mystical atmospheres and deep dub bass lines with ethnic & organic elements, including conscious bass, psydub, tribal, shamanic, global bass and other downtempo to midtempo styles with a taste of psychedelic. As in a real life, she draws her inspiration from nature, spirituality and traditions of ancient cultures. She often includes live instruments (trumpet, didgeridoo, bansouri, douduk, guitar, melodica, synth, percussions…), so you can expect live music, dancing, warm communication with the audience and pure positive vibes in her sets.»