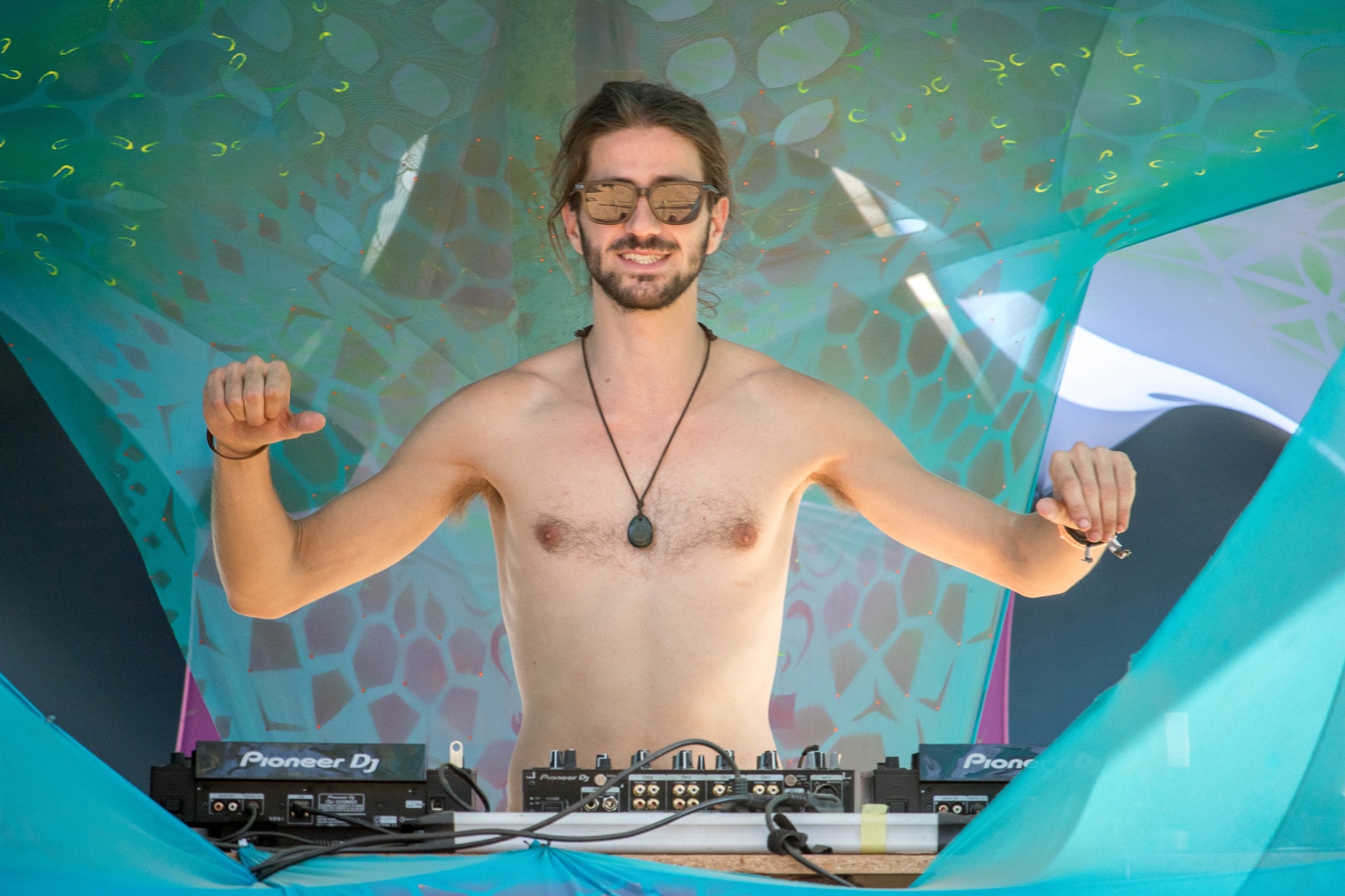 Hypatia is the name of the music project by Adrian Torres Arabi, 27 years old, born and raised in the magic island of Ibiza. For sure, the island itself, known worldwide as one of Europe’s favorite nightlife playgrounds, played a big role in the evolution of his artistic career. The steady exposure to party life motivated Adrian to get into electronic music, starting with techno and deep, then soon switching to more psychedelic atmospheres.
His playing style has climbed slowly but constantly since he was very young. In 2012, he started his career as Dj, performing and showcasing his favorite artists’ sound in Ibiza. His selection was inspired by the Old School glories animating the island’s psychedelic scene at that time, such as Cosmosis, Etnica, Electric Universe.
After some years, and much more parties around, the lucky encounter with Miguel aka Lunatica, gave him the motivation and the necessary skills to start his own project under the name of Hypatia. Initially signed to the Spanish Label “Own Spirit Recs”, his music production is definitely psytrance oriented now, but still keeping a melodic old school touch. His tracks are solid and structured, sustained by a strong and sharp bassline, spiced up by deep, round, groovy sounds. The overall result of his Live Set is a highly psychedelic trip, open and energetic, suitable for both day and night dancers.
He collaborated with different Labels, and released more than 20 releases in only 4 years of activity. But Adrian’s passion for the psychedelic culture and scene doesn’t end in the studio. He is also an active and talented promoter, collaborating both with big festivals – for example is one of the managers of Own Spirit in Spain – and with smaller local realities such as Burning Slippers in Granada. His mission is providing his expertise and competences to keep alive the scene in those places where it could be easily eaten by mainstream culture. His numerous projects are now taking him around the world and for sure he’s not gonna stop soon.