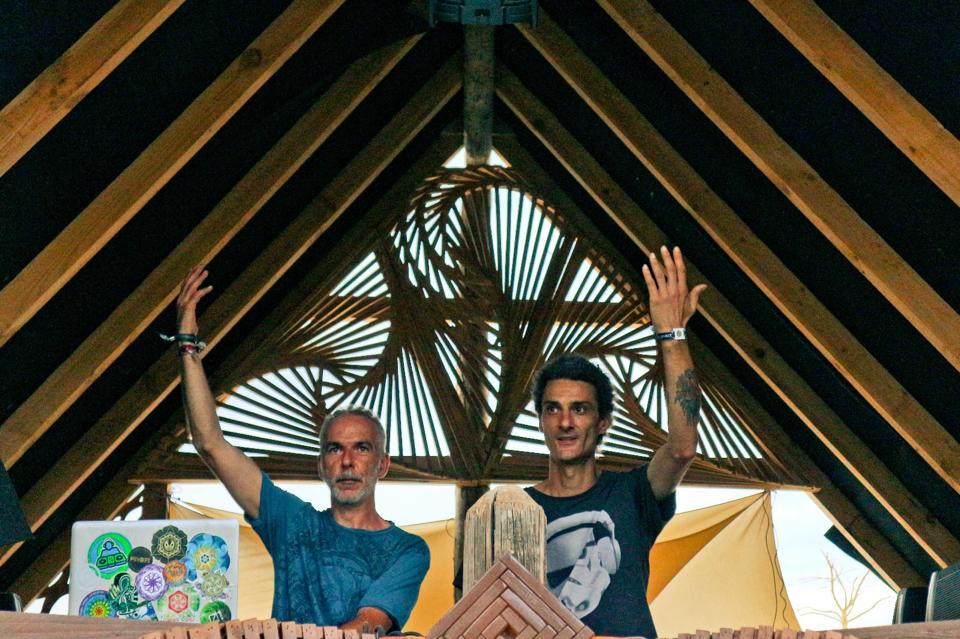 “Green Beats was formed by Victor Solsona and Xavier Jansana
in 2008 in the catalonian mountains near Barcelona.
Xavier is well known as Dj.Toxic & Toxic in Dub for many years in the Ambient & PsyTrance scene in Barcelona, Spain, and urope. Victor is well known Psychedelic trance producer as Hypnoxock & Bioteranian in Barcelona and worldwide.
Green Beats is the union of years of effort and experience in their musical careers, infuenced by traditional music, Ethnic, Spiritual and the most advanced trends. they are always investigating and looking for the latest new sounds, textures and atmospheres, creating their particular sound.
Green Beats has been born with talent and desire to improve every day, with a different and outstanding music. Downtempo, Psy Chill, Breaks, Electro, Dub, etc.. with strong melodies, hypnotic harmonies and Reggae elements with funky touches, but at the same time psychedelic.
Releases:
Their debut EP, was released in December 2010 (Free Chilli ́s Trance Lab)
in 2011 they released “”Move for Change”” a very inspiring ep with very good reviews, edited by Plusquam Records.
Their frst compilation V.A “”Mira”” (Nutek Records) Compiled by Green Beats, V.A The Next Mission: Part One (Dub Mission Records). in 2012 they Released their frst album in Nutek Chill called “”Cosmic Turtle”” and it was a great success for the band. in 2013 they released another V.A “”Next Step”” Compiled by Green Beats. right after they had a remix release to Suduaya – “”Salutation to the Planet”” on (Altar Records). in 2014 they released the V.A “”Emotional dives”” Compiled by Green Beats, V.A Anti Particle ( Organic Groove ) 2015 V.A Resistance Selected By Toxic In Dub (Nutek Chill ) Ishdub – Digital Roots Remixed ( Kupuri Music )
And the new album “”The Moon Antidote”” (Nutek Chill) in November 2015″