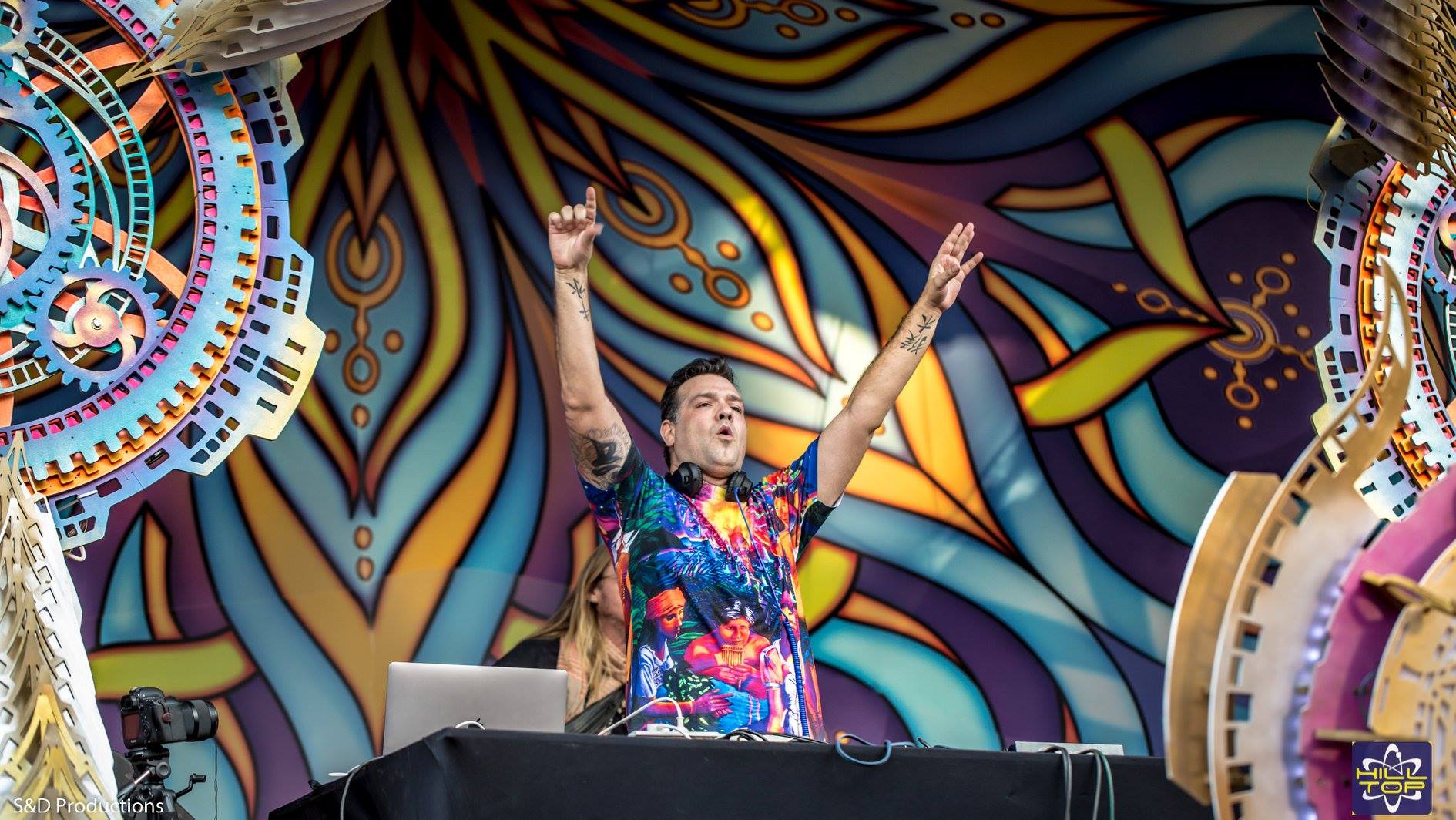 Growling Mad Scientists .. are Riktam Matkin and Bansi Quinteros, who regularly tour the world. They have sold over 300,000 CD’s, on over 150 releases, with 8 albums & 10 compilations. Their mind blowing music pushes and blurs sonic boundaries and has inspired both producers and punters alike, making G.M.S. one of the most indemand live electronic music acts in the world. The Origins of G.M.S first began when Riktam and Bansi met in a Coffee Shop around the age of 14, when they both lived in Amsterdam. Both were passionate about music and parties, so the duo chose to leave school and seek their education in the dance scene. This was the early ’90s and Amsterdam’s club/rave scene was in its infancy, and genres like Gabber dominated the fledgling underground culture. Two years later, Riktam and Bansi traveled to Goa and experienced a musical epiphany. After their experience in India, they returned to Amsterdam and began recording music on cassettes to bring to Goa for the next season. In Goa, Riktam and Bansi later Dj’d at some of the wildest, most memorable parties of their young lives. The experience made an unfading mark on their psyche and subsequent high voltage gigs around Europe further enlightened their spirit. It was something new for everyone and the Goa trance influence laid the bedrock for G.M.S.’s sound, which is packed with throbbing bass-lines, guitars, beats and vocals. They were attracted to the way that people had a good time at the parties and the way that they reacted to positively uplifting beats. When Riktam and Bansi returned to Amsterdam, one of their friends had purchased some recording equipment. Not only was their production career born, so was the name of the group. The name G.M.S. defines their music; Bansi came up with the name since one of the sounds on a synth was called a growler. After a few early singles, G.M.S. unveiled its acclaimed 1997 killer debut album, Chaos Laboratory, which was recorded with former member Sebastian Claro, who left the group after a two-year stint. The album accelerate G.M.S. into applauded serious players in the psy-trance scene and only hinted of what was to come. In 1997, Riktam and Bansi relocated to the sunny island of Ibiza, where an easygoing lifestyle and rural recording studio was built. In 2000, Riktam and Bansi formed Spun Records releasing G.M.S. vs. Systembusters, 2002’s The Hits and the heavy pounder No Rules. 2003 saw the release of The Remixes –a star-studded remix album featuring the biggest names in trance, including Infected Mushroom and Hallucinogen. Spun’s purpose is twofold: to serve as a home for G.M.S.’s music and as platform serving innovative and fresh new psy-trance talent. After releasing records with many labels for quite a few years they thought about how much money the label made and un-useful limits which incur when working for them. It was wiser in the end to have a label of their own, so that they could invest more into studio gear and help other artists and friends in the trance scene. In between their relentless tour schedule that regularly finds G.M.S. performing in Europe, Asia, South and North America, Riktam and Bansi managed to complete their seventh and latest album, Emergency Broadcast System. All of the album’s tracks have been fine-tuned at their revered live shows, and the full-length displays G.M.S. at the top of their game. GMS have been doing so much together for so long that they have their own way of working. They travel with two laptops, and make music while on the road. Always writing and playing out new ideas whilst performing the two have advanced into hyper production mode. With their songs now omnipresent, even Hollywood took note of G.M.S. in 2004 by licensing G.M.S. tracks for Man On Fire starring Denzel Washington. And if you turn on any sports network almost anywhere in the world, chances are good that you’ll hear one of G.M.S.’s tracks playing in the background. And again in 2005 Hollywood came to GMS for another Tony Scott film called Dominoe. Having graduated from spinning for small parties and clubs to performing at mega-festivals, and packing super big clubs, G.M.S. aren’t ones to rest on their laurels. As their legion of followers grows, they’re constantly refining their live show and redefining their own style. To get where they are now entailed a whole bunch of hard work and a lot of time in the studio. GMS is proof that with will and steady perseverance one can reach any goal.