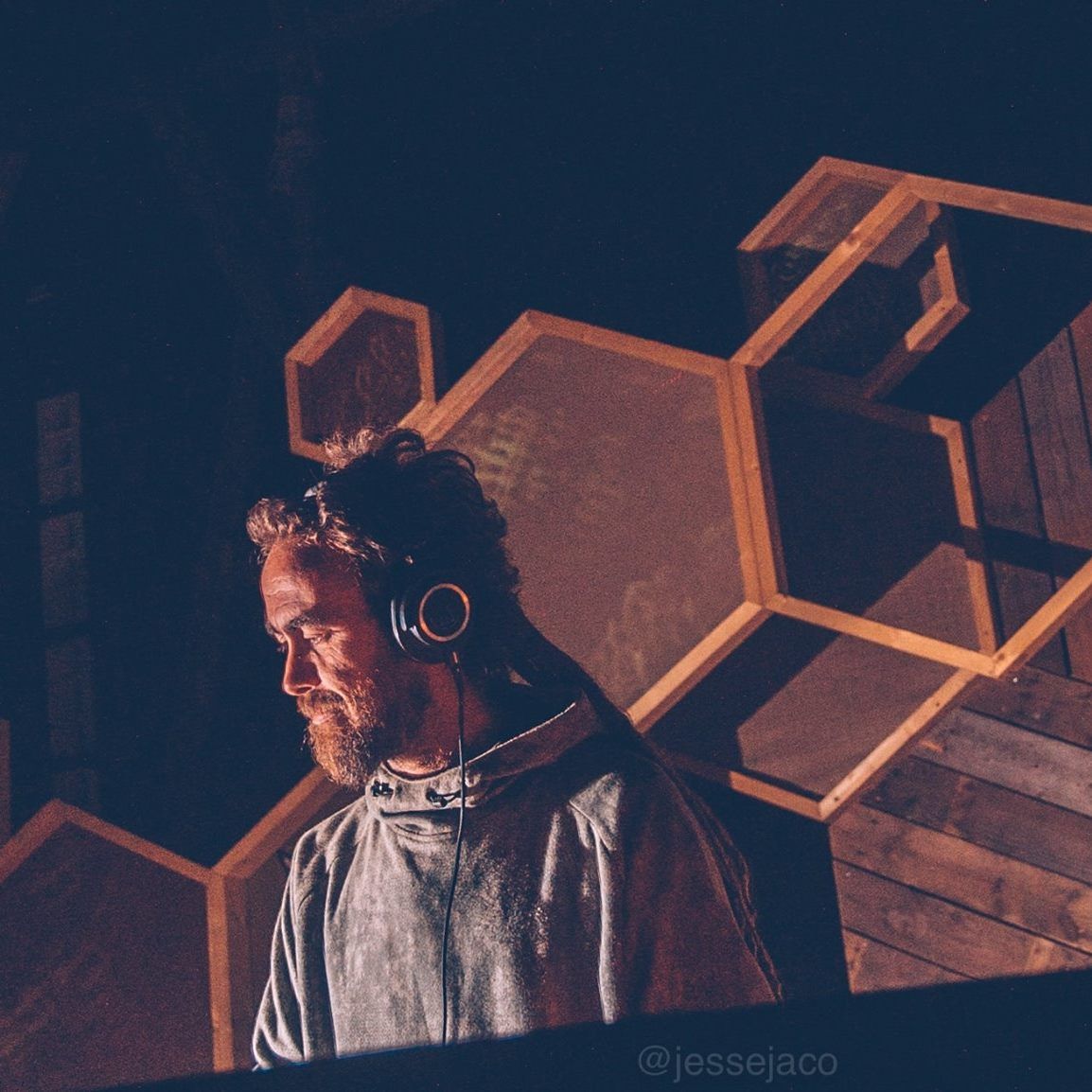 “Santy is Fluoelf, a nomadic psytrance Dj and producer from Spain. He has been spinning since 2001, being part of the local scenes in Amsterdam, Barcelona and London.
From an early age, he was heavily influenced by 60s classic and psychedelic rock. It was when he moved to Amsterdam in 2001 that he got in contact with rave culture and psychedelic trance, a complete life changing experience. Right after his first party, it took him a month to start organizing them and 3 to start mixing with the good old cdjs100. To this day, still carrying his cd-case as he developed a mixing and storytelling technique that is ever changing and evolving since the very beginning.
His love for underground music has kept him always on the move, constantly evolving and with an experimental edge. He started playing minimalistic psy from the beginning, moving to darkprog and Zenon music from 2005, forest from 2010 and psychedelic techno from 2014.
His music is a blend of different Psytrance substyles: DarkProg, Twilight, Forest and Psy Techno, that he plays according to the time of the day and the music that surrounds him. The result, new djsets for every new dancefloor. Sets that evolves in waves, progressively increasing or decreasing, creating an hypnotic flow with a very personal and psychedelic style.
Fluoelf is part of Intermind Records and Woo-Dog Recordings. He has released compilations at Occulta, Parasomnia and Uroboros records. He was also producing for a few years, releasing a few tracks at Uroboros, Glitchy Tonic and Transition records.”