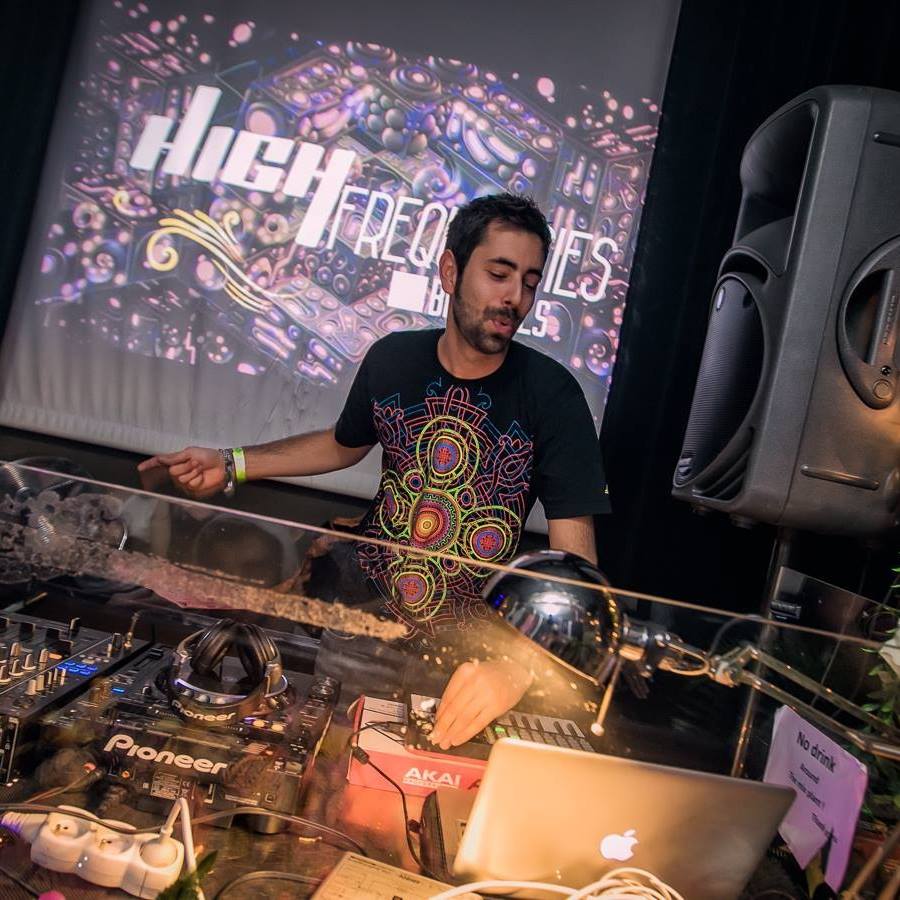 Alex musical trip started around 1998 when he discovered electronic music.
He began slowly to buy dj equipment and started to play progressive trance for his own pleasure.
After some years training with the decks he got intrested in many others electronic styles like techno, house, electro and began to play in small student parties.

After some time he discovered Goa trance / psytrance while he was at a festival in Belgium. He was so impressed that he directly felt in love…

Some times later he began to play in small oldskool goa parties and started to produce his own music.
In the meantime he started a party organisation called “Goa Madness” with three other friends and made his first live act in 2007.
Soon after he had the opportunity to be a resident for the german party org “Tranceforce prod” and started to play live acts and dj sets in Germany a few times a year.

His first release « acid rain » appeared on the compilation « Goa overdose 2 » (UAF recs) followed by many other releases on labels such as Suntrip records, Sita records, Ovnimoon recs & more.
His first album “”Journey through my head”” was released in 2014 on Goa Madness Records.

His style is melodic, euphoric and sometimes acidic Goatrance with a lot of different influences.