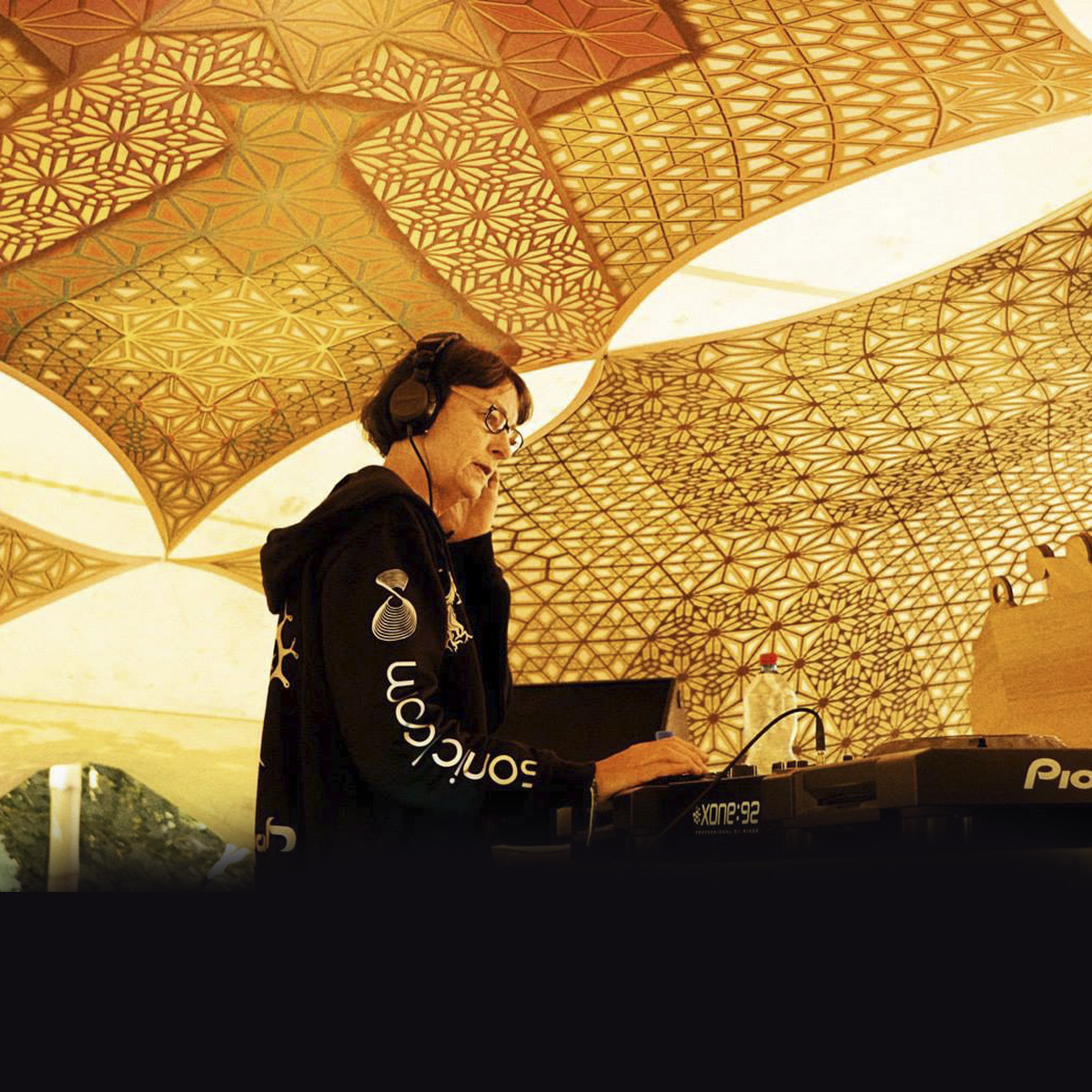 “Dj ChoZen Jo, who is Jo Faull, has always loved music. Growing up in London, she was a founding member of the legendary punk band “The Flowers of Romance”. Moving to New York, Jo worked as a film editor. A documentary film editing project brought her to Goa, India where she discovered psychedelic trance, started collecting and following the music, and in a natural evolution she started to dj.
Chozen Jo is best known for her deep atmospheric style, with strong percussive elements and melodic influences, and an attention to the sonic story.
In 2011 Chozen Jo became label dj for Tremors Underground Records. In March 2012 Jo was invited to play also for Mighty Quinn Records. In May 2014 Jo joined Temple Twister Records. May 2015 Jo started to play for new Japanese label MIlega Records. In 2016 Jo started also to play psychedelic chillout, and plays for Sonic Loom Music.”